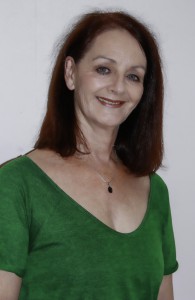 Dianne originally trained in Adelaide under Judy Watson and went on to further full-time study with Laurel Martyn at Ballet Victoria in Melbourne.  Dianne spent 3 years under the tutelage of Janina Curnovas and was invited to join Ballet Victoria on their tour of Petrushka with Valery and Galina Panov. At the completion of her study she was accepted into the Australian Ballet Company by Dame Peggy Van Praagh. Dianne was a member of the Australian Ballet Company for a number of years and worked with many notable choreographers, travelling extensively throughout Europe, Asia and America. During her time with the company she danced in all major classical ballet productions, especially notable was the staging of Suite En Blanc by Serge Lifar. Dianne left the Company to pursue a career in teaching dance.  She gained distinctions in all teaching examinations and holds the prestigious Cecchetti Diploma.  In 1989 Dianne was appointed to the position of examiner.  In 1998 she graduated from University with a Master of Arts Degree in Performance. Dianne is a member of the Cecchetti Grade Panel which is responsible for writing and implementing the pre-primary to grade 6 syllabi. She is also on the Examiners Training Panel and is the NSW Representative to the National Council.

Jane trained in South Australia where she studied the Cecchetti Method of classical ballet and passed all ballet examinations up to and including Advanced with Honours.
As a child Jane spent much of her time performing, her professional stage experience includes King and I, Sound of Music, South Pacific, Carousel and pantomimes Hansel and Gretel, Sleeping Beauty, Hans Christian Anderson and Pinocchio.
She went on to study full-time ballet in Melbourne at the National Theatre Ballet School under Gailene Stock and Gary Norman before moving to Sydney to continued full-time training at the New South Wales College of Dance with Kim Trainor and Kelvin Coe. Jane then joined the Contemporary Dance Company in Sydney, working and touring throughout NSW.
In 1995 Jane completed a three year diploma of photography in Sydney.
She then went onto complete all of her Cecchetti teaching examinations, she holds the prestigious Cecchetti Diploma and is a Fellow of the Cecchetti Society.
Jane is an examiner for Cecchetti Australia. She is also an accredited trainer (holder of TAE40440 & CUA40313/CUA40211) 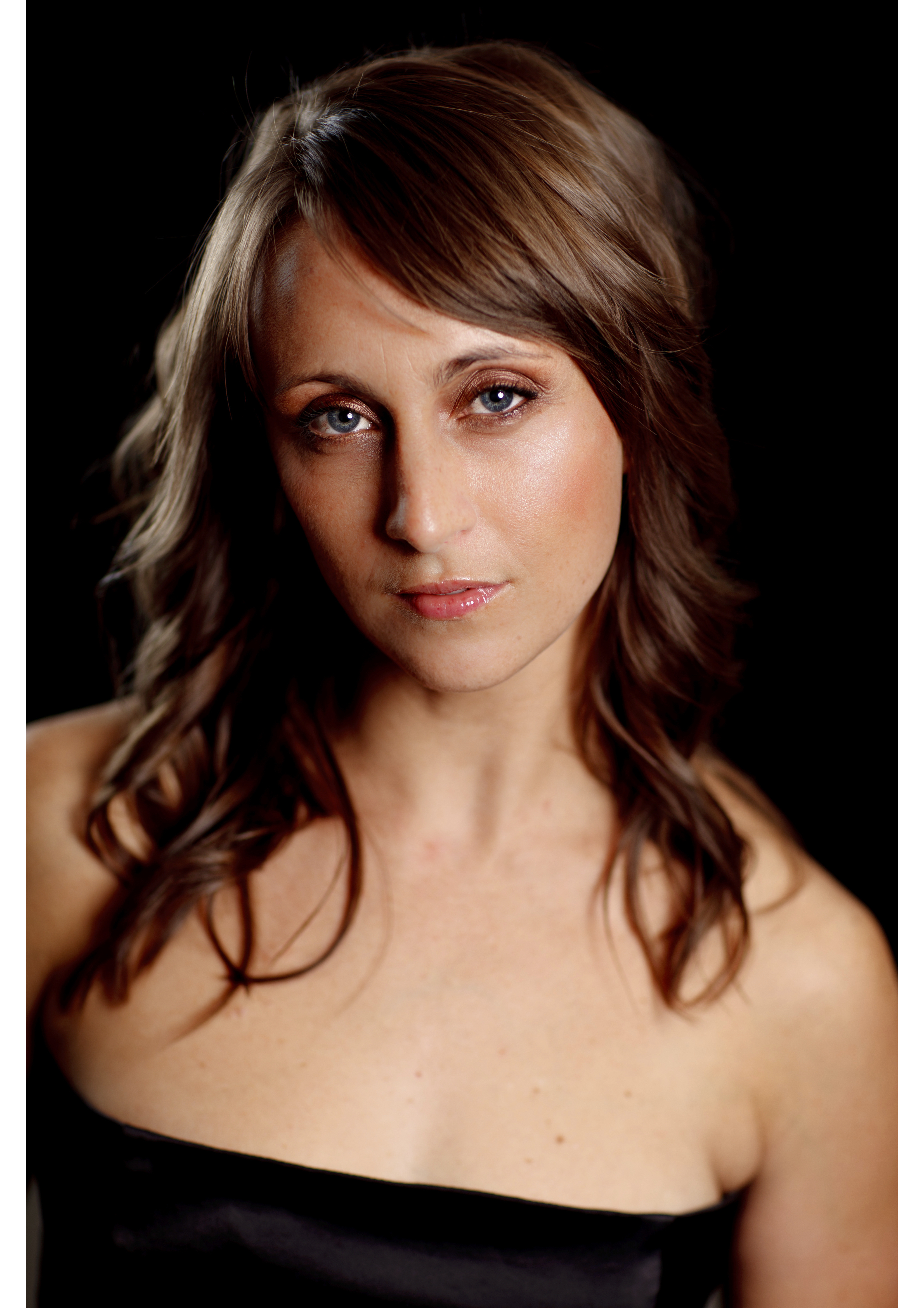 Erin Brookhouse is a Sydney based choreographer, writer, teacher and performer.

Erin has performed and choreographed in both commercial and contemporary dance industries for stage & screen. She has toured nationally with ABC & Nickelodeon in children’s theatre and taught & choreographed for students in Australia & Canada. An accomplished singer, she has performed and recorded as a vocalist with bands & producers & writes her own original music.

An accomplished entertainer and performer, Kristy has trained jazz, classical ballet, lyrical, contemporary, hip hop, tap, singing, drama, musical theatre, and modelling. As an avid dance student since the tender age of 3 years, Kristy later attended The McDonald College of Performing Arts where she learnt the foundations of dance, singing and acting. Kristy’s credentials range from touring with a live children’s entertainment show to winning numerous awards at eisteddfods, performing at the Sydney 2000 Olympics Opening Ceremony, starring on television in Crime Scene Investigation  Australia and numerous television commercials and appeared as the lead in Art Vs Science ‘Finally See our Way’ Film Clip.
Kristy is an energetic and enthusiastic young professional with a love and passion for the performing arts. 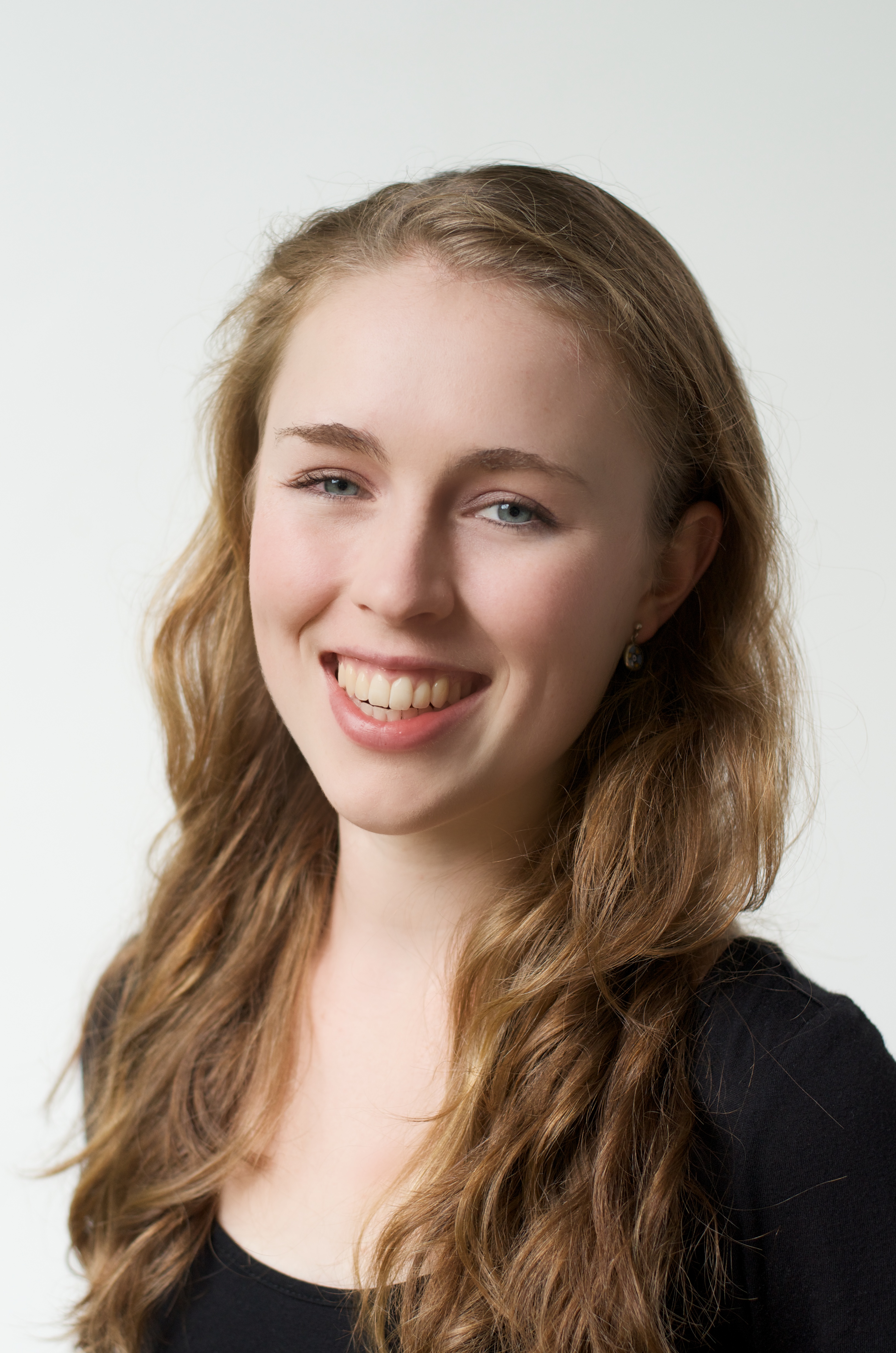 Emma began her training at Northern Districts School Of Ballet (now Roseville Dance Academy) under the direction of Dianne Pokorny and Jane Moran. She has completed all of her Cecchetti ballet examinations from Pre-Primary to Diploma achieving Honours for all exams, and winning the Intermediate and Advanced 1 scholarships. Emma won the Valrene Tweedie Perpetual Trophy for Choreography on four occasions; 03, 05, 09 & 2010 and in 2005 she won the William Carse Memorial Award for outstanding commitment and consistency to the Cecchetti Society of Australia.
In 2008 she began full-time training at Alegria Dance Studios where she completed her RAD Advanced 2 and Spanish Dance Society examinations with Distinction.
Emma represented New South Wales in the National Medal Competition in 2007 and 2010, winning the Lucie Saranova Memorial Gold Medal in 2010. She also won the inaugural NSW Valrene Tweedie Memorial Scholarship and was chosen to demonstrate on the Australian Advanced 2 DVD. In 2010 Emma was accepted into second year of Northern School of Contemporary Dance’s BPA course in the UK.
In 2011 she represented Australian at the Cecchetti International Classical Ballet Competition in the UK and in 2012 joined Phoenix Dance Theatre as an apprentice dancer.
In 2014 Emma was part of Sydney Dance Company’s inaugural Pre-Professional Year.

Emma is an accredited Cecchetti Ballet teacher and Holds her Enrico Cecchetti Diploma. 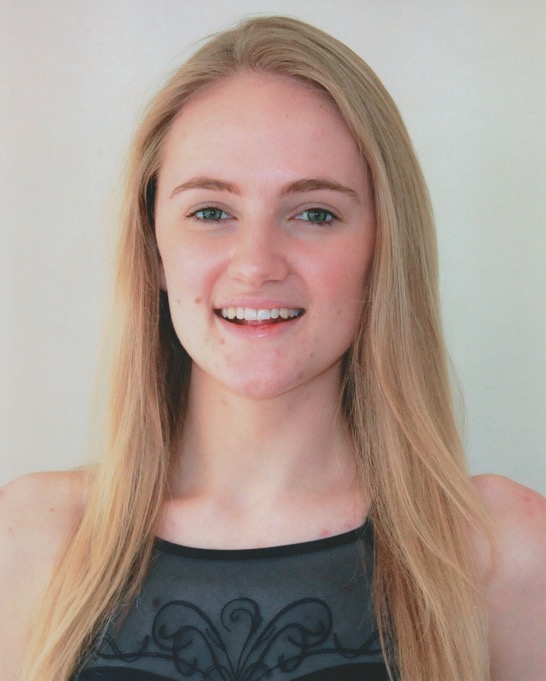 Grace began dancing at the age of three at Ballet Academy Northside, before continuing her studies at Lane Cove & Roseville Dance Academies, taught by Jane Moran and Dianne Pokorny. She has trained in both RAD and Cecchetti classical ballet, as well as jazz and contemporary. Grace regularly performs in live children’s entertainment shows, and has danced in flash mobs, music videos and short film ‘The Half’.

Grace is enthusiastic and passionate about teaching, currently studying a Bachelor of Education (Primary)/Bachelor of Arts at Macquarie University. She successful completed her Cecchetti Associate with Honours. 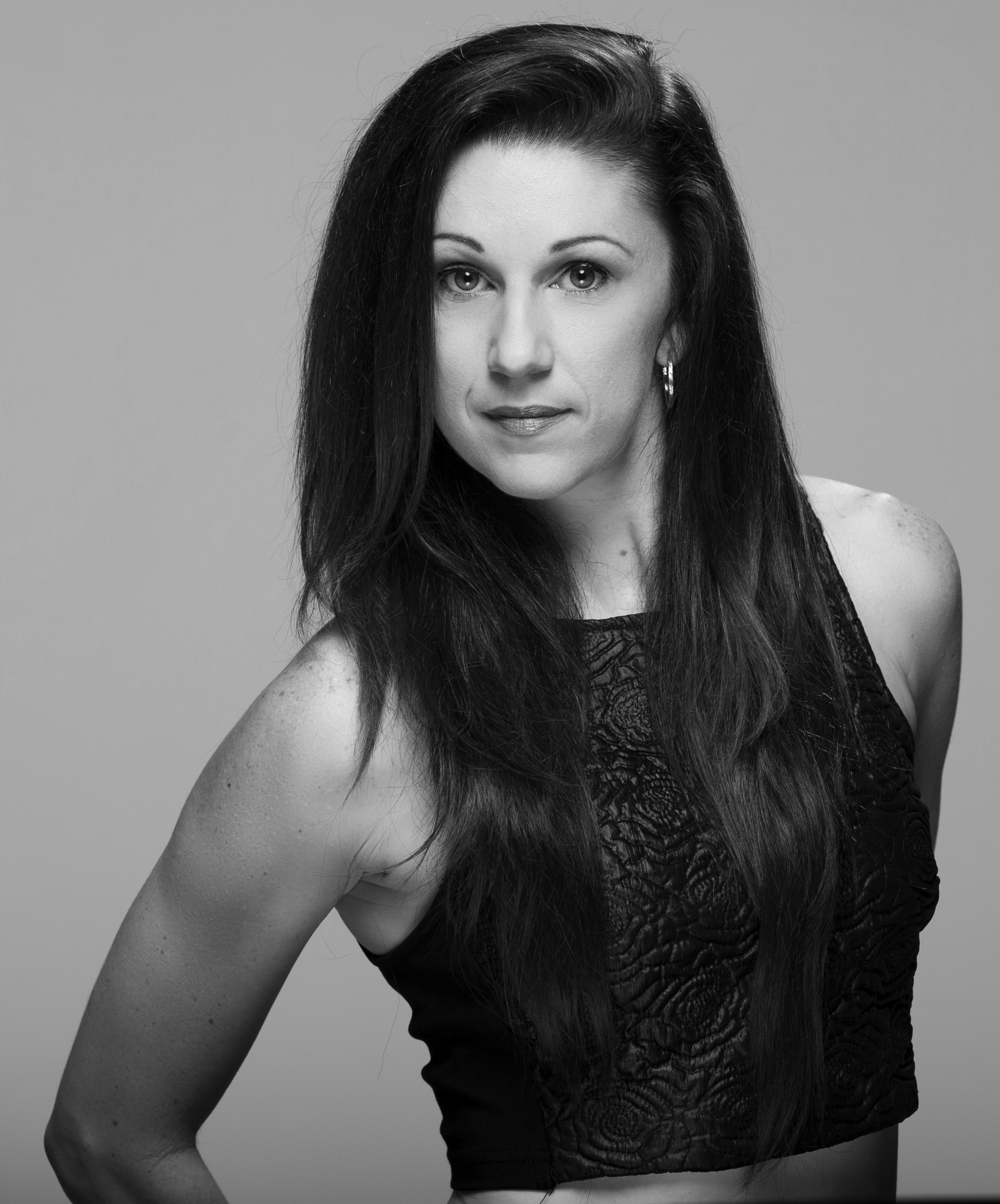 With over 30 years of dance experience Melanie holds her Advance Diploma of Dance, Certificate 3 & 4 in fitness and is a qualified trainer and assessor.

Born on the Central Coast Melanie has studied Classical Ballet, Contemporary, Jazz, Modern Dance, Tap and Musical Theatre before moving to Sydney at the age of 20 to dance full time. She developed a love for Hip Hop and street dance in the early 90s and developed her skills here in Australia as well as in New York, Los Angeles and Japan over the past 25 years.

Over the past 25 years she has choreographed and danced with crews such as Caramell, Found8ion, Rhapsody & Sweet Elite (Australia’s first B-girl crew). She has competed Nationally and Internationally with Crews and as a solo freestyle dancer.

Melanie has judged many street dance competitions such as Hip Hop International, Battlegrounds & Numerous Battles as well as adjudicated at many eisteddfods.

Melanie has been judging, teaching and running workshops/events for well over 20 years and is currently in high demand as one of Sydney’s Leading and most experienced dancers, teachers and choreographers. 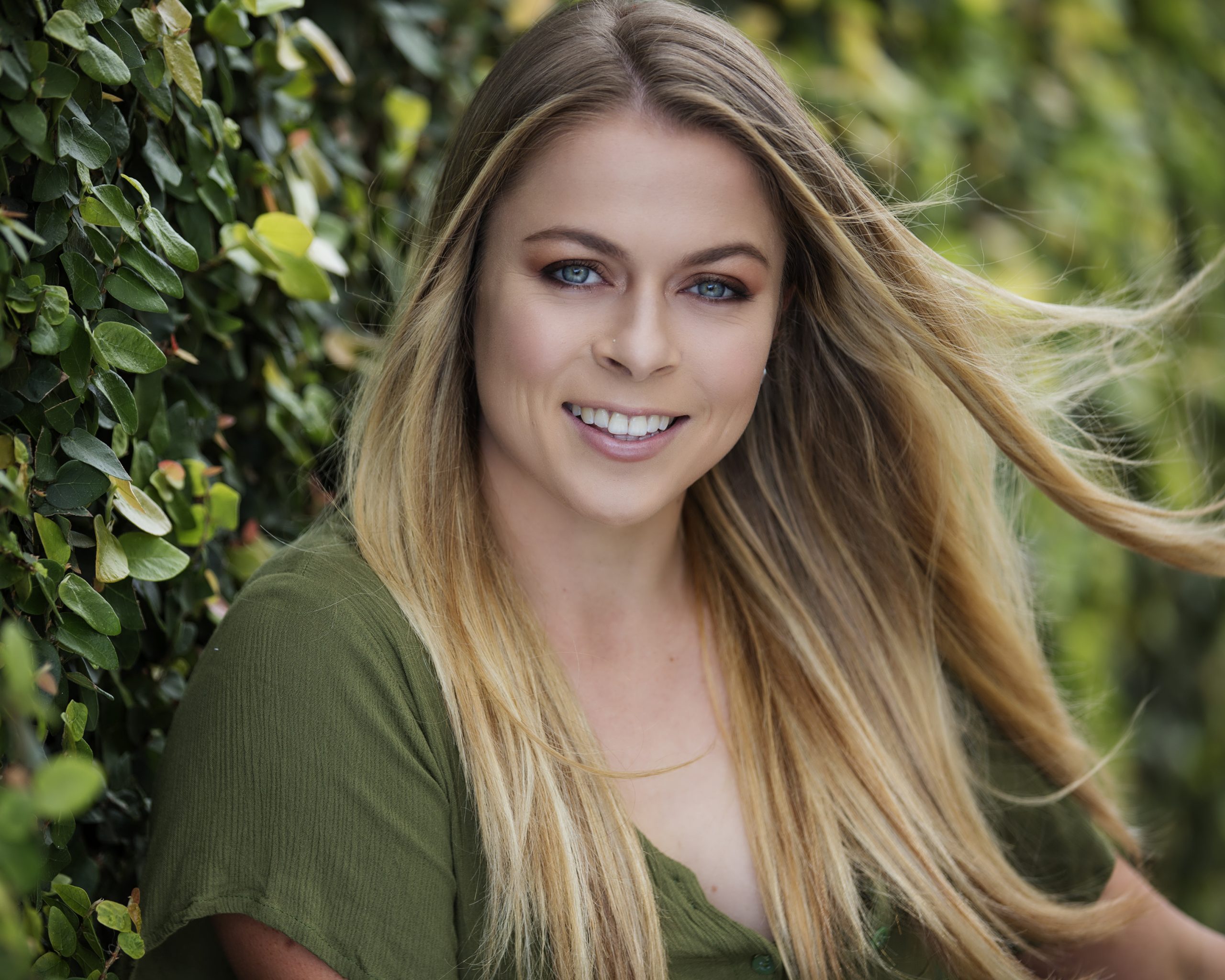 Madelane Knowles grew up in Canberra and began to dance at the age of 9. She started at a local studio with the focus being on performing and enjoying classes, which naturally grew her love and passion for dance.

In 2015 at the age of 19, she moved to Sydney to complete a one year full time training course at Ev and Bow dance studio under the guidance of Sarah Boulter and Lisa Bowmer, thereby completing her Certificate IV in dance. In 2016 Madelane did a second year of full time training at Brent Street in the Triple Threat stream, obtaining yet another Certificate IV in dance. Over these two years of full time training, Madelane was under the guidance of teachers and mentors such as Neale Whittaker, Robert McLean, David McLean, Adam Blanch, Stephen Tannos, Mitchel Woodcock, Cameron Mitchell, Matthew Gode, and Bec Morris. Being able to train at both full time studios gave Madelane an exposure and experience in a wide range of dance styles from Ballet to Contemporary to traditional Jazz and Musical Theatre to Hip Hop and Urban styles.

In 2018, Madelane traveled solo to Germany to be taught by a selection of world renowned choreographers at Urban Dance Camp such as Brian Puspos, Kaelynn Harris, Sienna Lalau, Yanis Marshall, Isabelle Capitule, Scott Forsyth, and Tobias Ellehammer. She has also been fortunate in 2018 to work closely with both Megan Lawson and Jillian Meyers from the inspirational group The Seaweed Sisters, working on individuality and creativity through dance, with a principle focus upon expanding what is possible in dance! 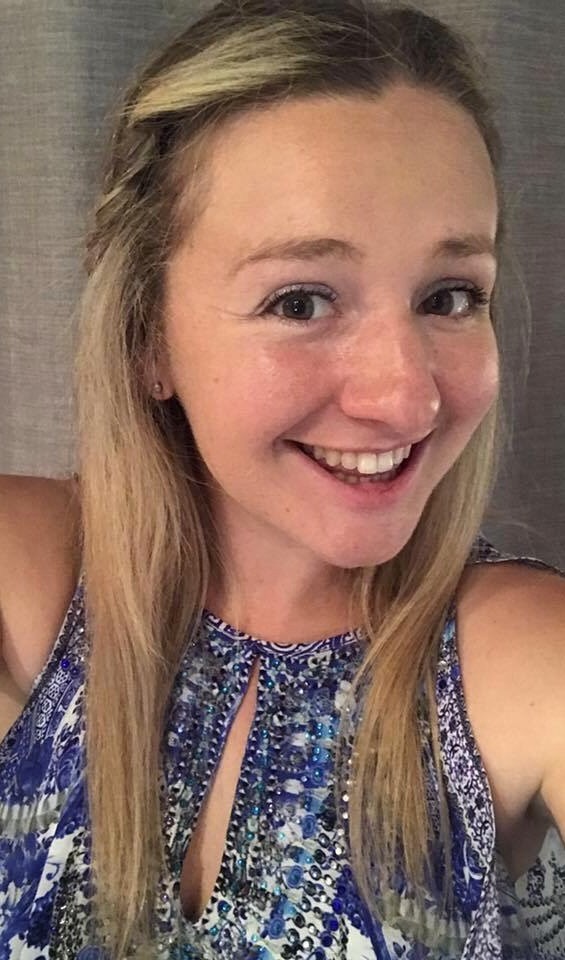 Sara began ballet at the age of 3 with Monique Feain. At 7 years old she joined Roseville Dance Academies (formerly Northern Districts School of Ballet) and began training with Dianne Pokorny & Jane Moran. She moved to Adelaide where she continued learning the Cecchetti method at Panache dance studios. Back in Sydney, Sara completed all the major Cecchetti examinations and is currently working towards the Enrico Cecchetti Diploma.

Sara has completed a Bachelor of Health Science (PDHPE) and a Masters of Teaching (Primary)/Certificate of Religious Education. Upon completing her tertiary studies, she began working as a Dance teacher for a P.E company: Got Game. After only a year she was promoted to Head of Dance for the company where she planned, programmed and taught the k-6 dance program in over 100 schools Sydney wide. After choreographing the dance routines for a school’s musical performance of the Sound of Music, Sara was offered a teaching position at the school as classroom/PE teacher.